Why So Many Online Surveys Offer Reward Points

Home Why So Many Online Surveys Offer Reward Points

If you’ve ever completed an online survey for a survey site, company or academic institution, you may have noticed that cash payment for participation is becoming a less frequently offered reward. While some studies have shown that offering cash remuneration for completing a survey has no effect on the participant’s attitude, other research shows that survey takers viewed their participation in terms of the monetary incentive rather than just an intrinsic desire to help out. Also, companies have found that offering cash payments sets a precedent for future surveys that they may not be able to fund.

For these reasons, alternative incentives are becoming popular with paid survey sites. One of the top incentive plans is to offer survey takers with “reward points” for successfully completing the online survey. Often, the length and complexity of the free survey dictate how many reward points are doled out. In turn, these reward points can be spent on a number of prizes such as gifts cards and merchandise. The fact that these points can be accumulated over time, after taking several paid surveys, means that the tendency to bring in bias by linking a specific reward with a specific survey is reduced. 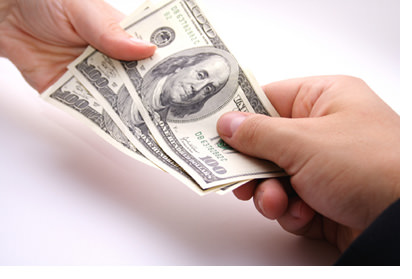 Other ways companies say “thanks” for your time spent providing feedback through online surveys is by entering your name into a sweepstake for cash or a large prize and the end of a specific time period, such as a month or a quarter. Therefore, the higher frequency with which you take surveys increases your odds of winning the big prize. Legitimate survey sites will always post their winners names (usually just first and last initial) and city, state on the website so that you can see that they are really fulfilling the promised prizes.

Companies like to provide participates with gifts that promote the product at hand.

In addition to or instead of reward points and sweepstakes entries, many companies like to provide participates with gifts that promote the product at hand. For example, free t-shirts and coffee mugs bearing the corporate logo are free to you and serve as advertising for them. Product samples, coupons for free items and other discounts, encourage you to try a new product or keep being a loyal consumer. So, don’t dismiss an online survey just because it doesn’t offer cold hard cash - many of the other alternative rewards are just as valuable, if not more so.